When the game became too close for comfort, experience led the way as AJ Davis took control of UCF with 15 points, 10 rebounds and three blocks, helping the Knights avoid disaster at home as they took down Gardner-Webb, 68-65. 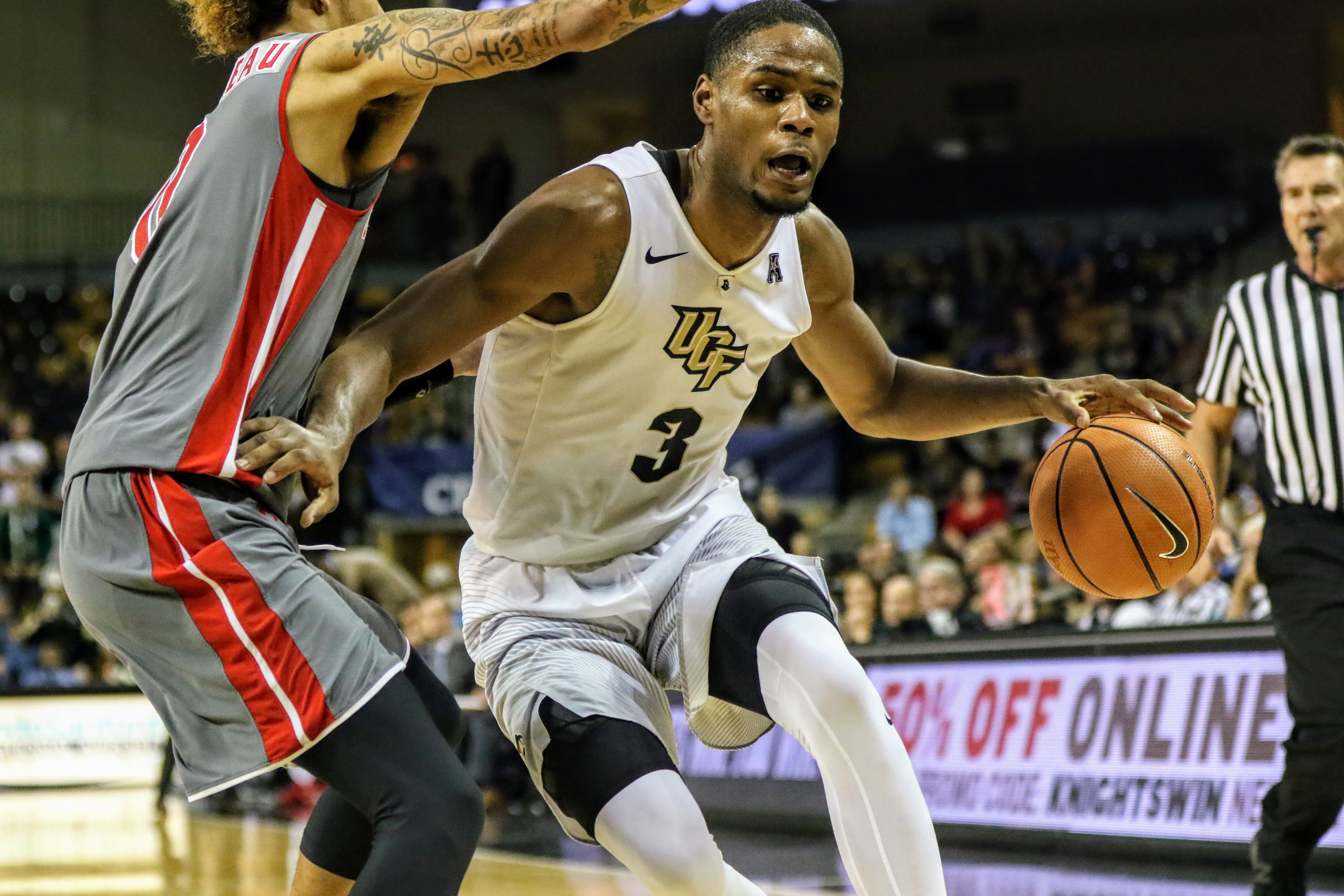 The redshirt senior had a chase-down block at the 2:53 mark of the second half as UCF locked down defensively when the team needed to.

“A.J. is our most mature player and he showed it again tonight,” said Dawkins. “When we really needed plays, when we were building that lead, it was AJ a lot along with Chad [Brown] defensively.”

In addition to the strong performance from Davis, Brown provided a spark off the bench scoring 10 points, grabbing 10 rebounds and adding 5 blocks. 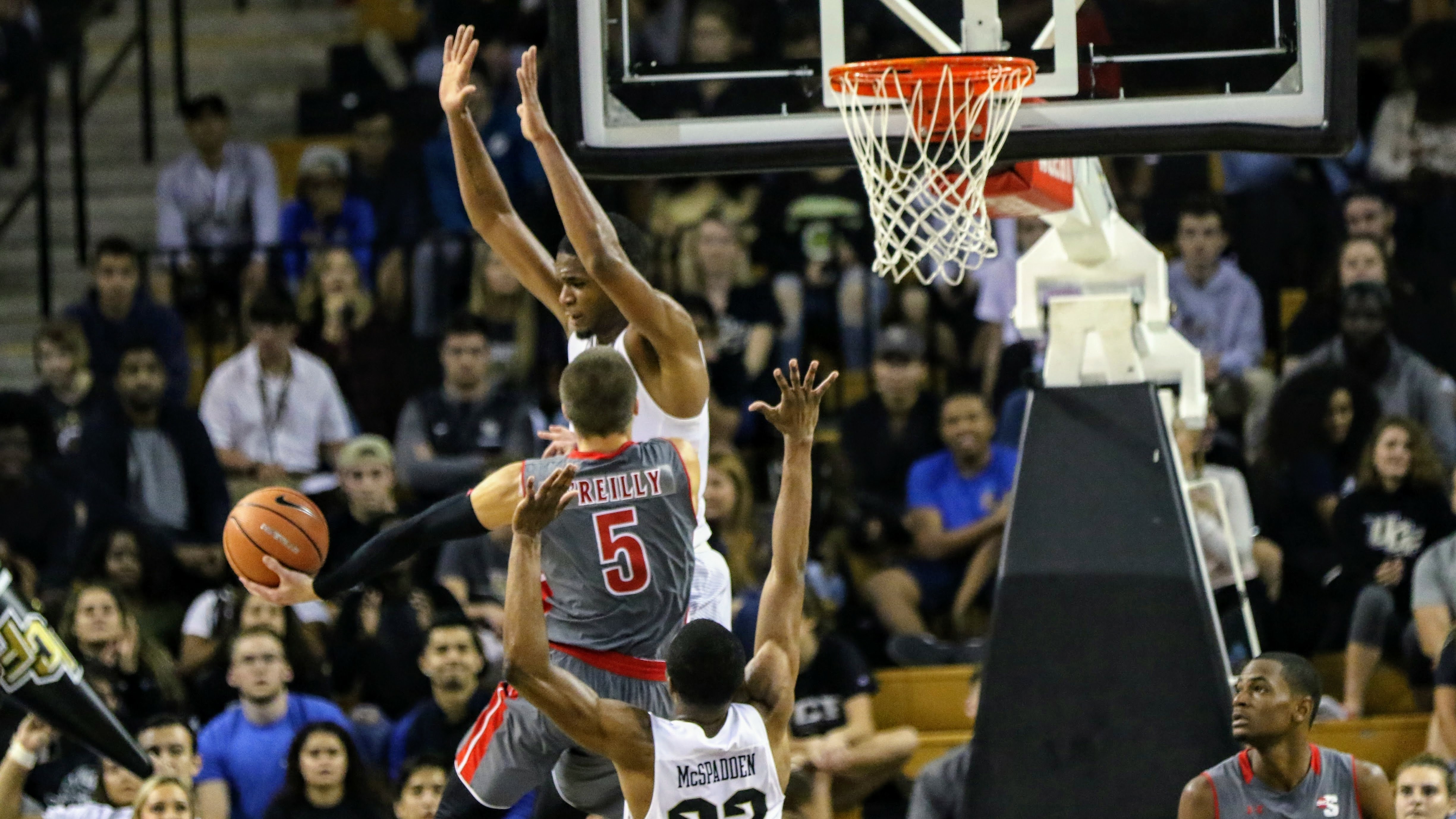 “That’s my number one thing, that’s what I love to do, I love to play defense,” Brown said after his first career double-double, “I love to be that energizing bunny. I like to get stops and just using my athleticism. Those blocks are huge for us because we needed stops and being able to get those blocks for my team, I’m happy.”

Liam O’Reilly made two free throws at the 1:22 mark and then nailed a three with 34 seconds left cutting the Knights lead down to one point.

Chance McSpadden was fouled with 10 seconds remaining which put UCF back up by three points. O’Reilly, who finished with 13 points for the Bulldogs, had a good look from beyond the arc but was unable to force overtime.

The Knights were without BJ Taylor after he suffered a foot injury in the season opener against Mercer. Starting in his place was freshman Terrell Allen who sank two free throws with 1:22 to put the Knights up 6 points. 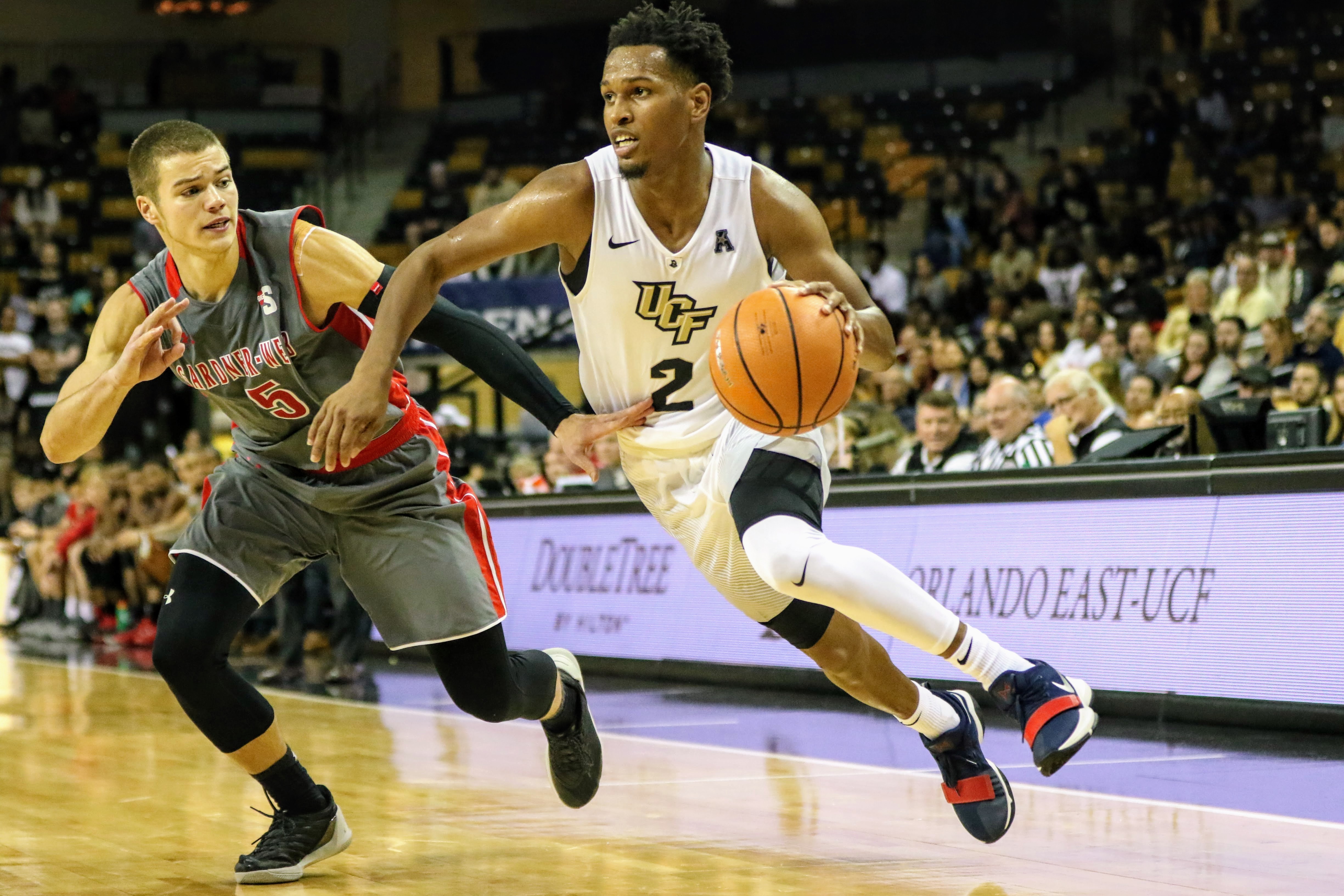 The freshman point guard played 37 total minutes finishing with 12 points and three assists while McSpadden added nine points off the bench for the Knights.

“I think we have a lot of guards who can step up and play a good role in the team. I don’t think we have a set guard, like he’s ‘the guy’. We all can contribute to the team,” Griffin said regarding the depth at the guard position.  “We all can contribute different ways, we are all good in different ways. You never know what kind of situation you’re going to be in, so you just got to be ready at any given time.”

“I was happy that we’re starting to work in the right direction defensively, getting back to ‘UCF defense’. That’s what we have to get to. We’re not there yet but we’re trending towards how we want to defend and I know that’s going to pick up,”

UCF (2-0) returns to the court Saturday afternoon at 2pm as the Knights host William and Mary.