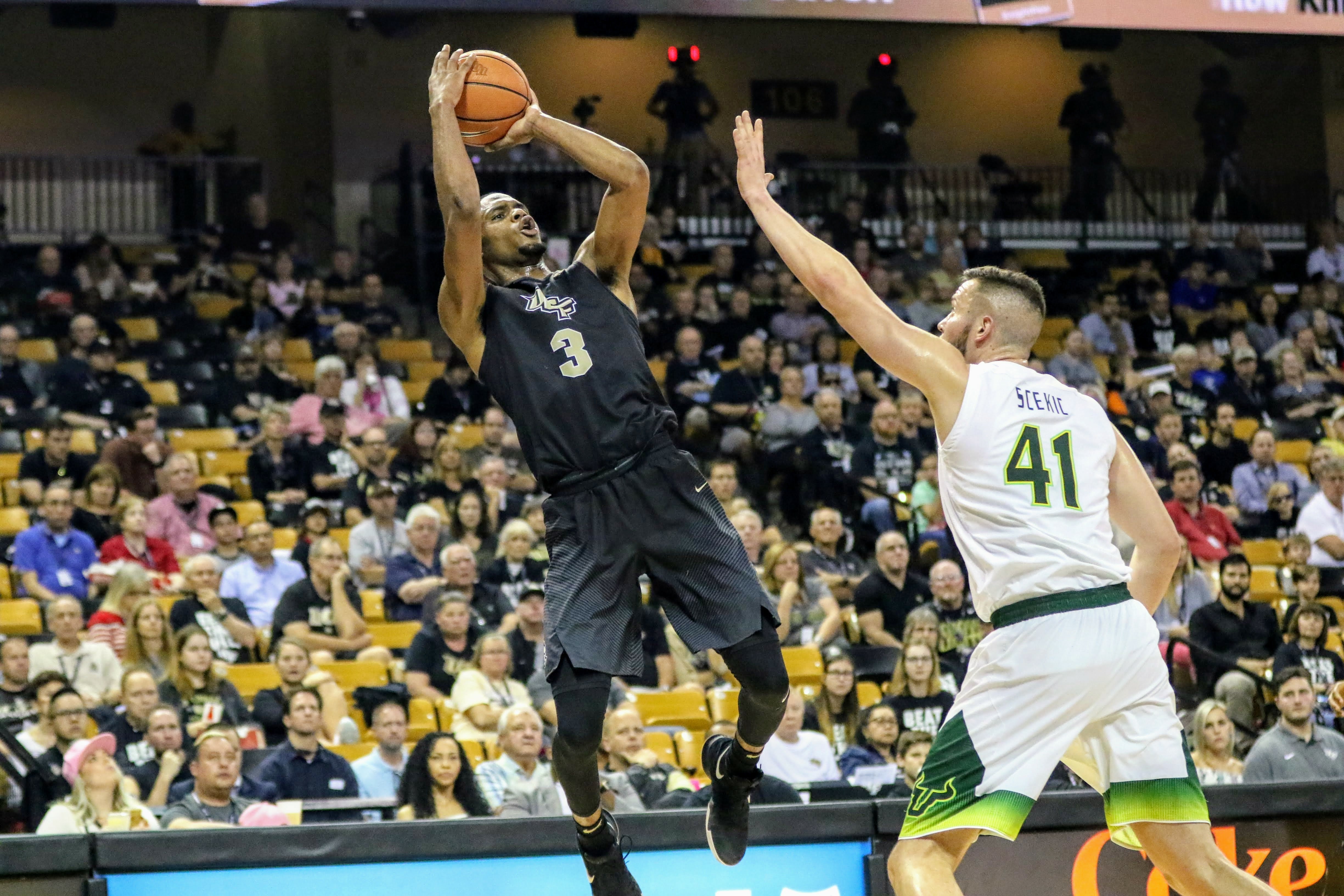 No love was found on the court in this Valentine’s Day War On I4 matchup as a career night for AJ Davis boosted the UCF Knights over the USF Bulls. Behind Davis’s 26 points and nine rebounds and 21 points from BJ Taylor, UCF won 72-58 over USF.

Despite the impressive game, Davis says he’s happy with the win, regardless of his stat line.

The last time UCF faced USF, January 20th, the Knights escaped 71-69 on the road. This time at home was different as UCF led the entire game.

Isaiah Manderson hit a jumper to bring the Bulls within four points at the 13:13 mark of the second half. Taylor found Terrell Allen on the next possession for a three giving UCF a seven-point lead as the Knights never looked back.

The Knights shot 9/18 from the beyond the arc, something the team had been struggling all season long.

“I think we just took our open looks, I think that was the most important thing. We really played well together, I think we moved the ball really well and made connecting plays, made each other better. We were just able to knock down our shots,” said Davis who made all three of his three-pointers.

“I think our guys are locked in, they’re really focused. We know we’re coming down the stretch and we have a lot to play for,” said head coach Johnny Dawkins after the game.

Dayon Griffin added 12 points off the bench, hitting 4/6 of his threes. With the win, UCF improves to (16-9) overall, (7-6) in American Athletic Conference play.

“Our league is so good and it’s so competitive in the middle there that there are so many opportunities to continue to get better and to move within our conference,” said Dawkins, whose squad is 5th in the conference standings, “I think our guys want to take advantage of those opportunities.”

UCF will another big opportunity on Saturday as the SMU Mustangs (15-10 overall, 5-7 AAC) come to town. Tip-off is set for 11 am at the CFE Arena as UCF looks to extend its two-game winning streak.