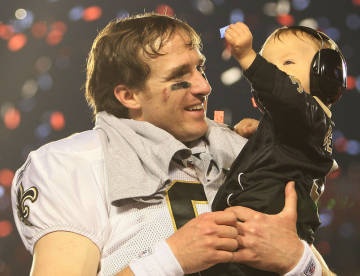 We all remember it. Yes, he threw for 288 yards and two touchdowns. And yes, he had won his first NFL Super Bowl.  But, I am not talking about that. There was a beautiful moment after Saints quarterback Drew Brees won the Super Bowl for his city of New Orleans. Brees lifted up his youngest son Baylen Brees during the celebration and it became one of the most heartwarming moments in league history. (Link: https://www.youtube.com/watch?v=gTfNoH1Hngw)

However, that was 2010 when both Drew and Baylen were much younger.  Baylen was just a baby boy and Brees was 30.

Fast forward to 2017 at the NFL Pro Bowl in Orlando, Florida, and you’ll find Baylen, now eight years old, telling his dad, now 38, to pass the football over and over again to the “perfect” spot as if his dad wasn’t one of the all-time great quarterbacks.

After the official Pro Bowl NFC team photo was taken, Brees stepped away for a moment and returned with his three kids and his wife, Brittany Brees. Once all of the other players headed towards the practice fields at the ESPN Wide World of Sports Complex, it was only Brees, his family and former teammate Jimmy Graham. Brees and Graham were chatting it up just like the days when they played together before Graham left to play for the Seattle Seahawks. 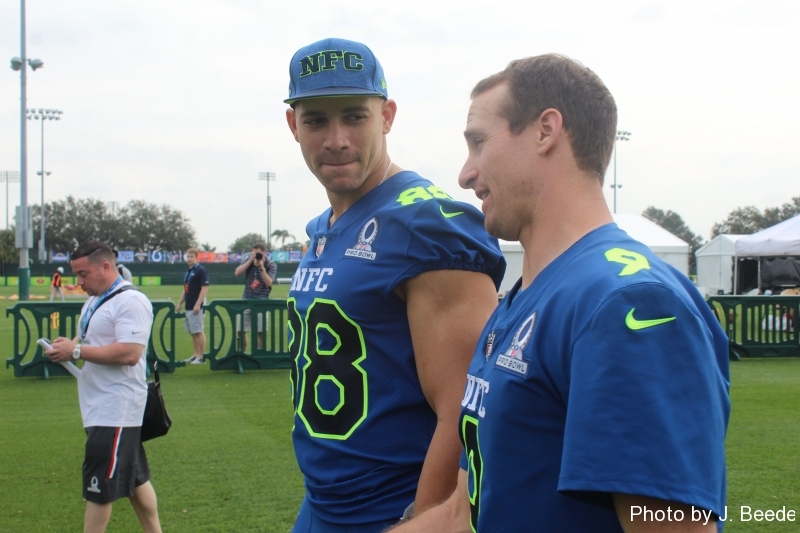 As they talked, Brees ‘ kids were throwing around a miniature football and wanted their dad to throw the ball with them. It was the first time I had witnessed an NFL superstar become human. It was simply a father and his kids tossing the pigskin around like a regular family.  I knew Drew and Jimmy were role models for millions of fans around the globe, but never before had I encountered such a moment like this. I stood there watching as Baylen and his younger brother Bowen complained that their dad was not throwing on target so they could catch the ball. Even Jimmy Graham jumped in on the fun and proclaimed, “Come on Drew, it’s not like you’re an NFL quarterback or something!” Brees eventually told his kids if they were that good at being receivers, it shouldn’t matter where the ball was thrown. Everyone laughed, including the kids. 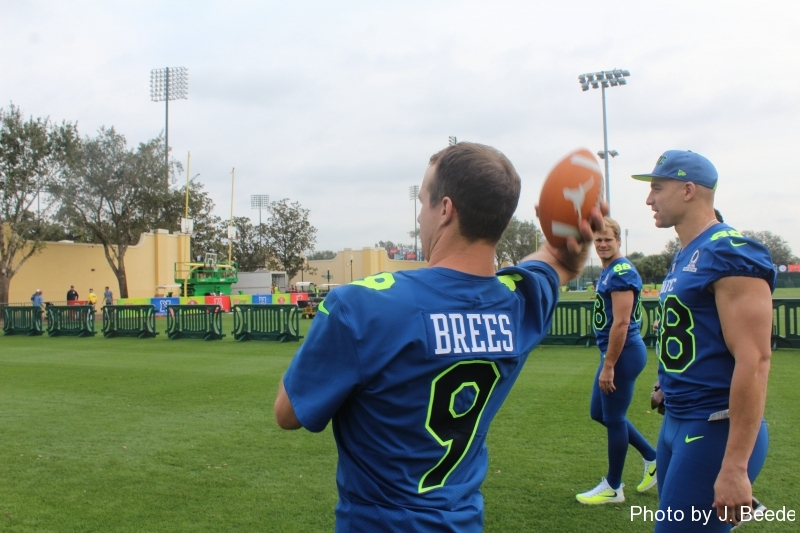 It turned out that Drew’s kids didn’t have his arm (yet) as the ball found itself in my hands. I was standing to the side of Drew and caught the stray ball. The kids apologized but I jumped at the opportunity to join in on the game of pass and threw it back to Brees. The five of us passed the ball briefly until Brees and Graham had to head out for practice. But there we all were for just a moment, throwing a ball around like regular people.

And that’s the point I am trying to make. Behind the lights and 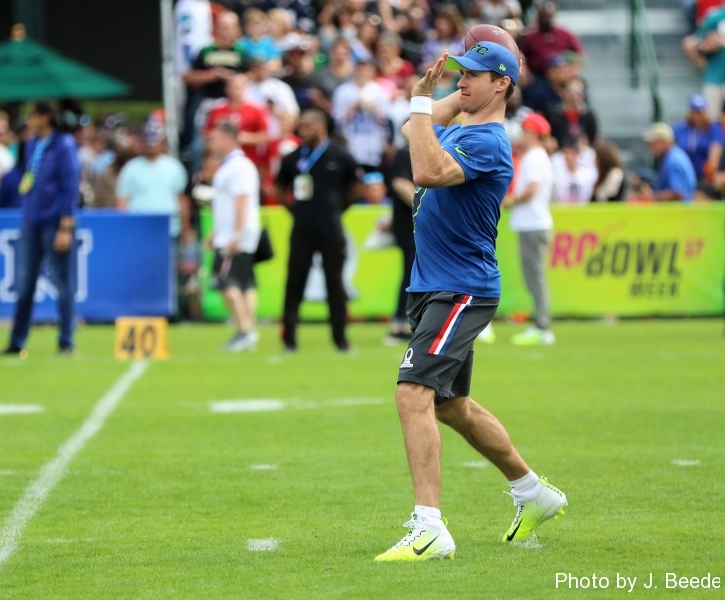 cameras, these NFL players are real people. Most of them have families and share moments like this daily. Although it might not seem like it on the field, many of these men are gentle giants and are just like you and me. In an instant, Brees went from Super Bowl champion and future Hall of Famer to a simple man tossing the ball with his kids, cracking jokes along the way.

It was an incredible experience to throw the football around with Drew Brees and his sons even if it was for only a moment. But for me,  that moment will last forever.

Afterwards, I spoke with Brees about his time with his family in Orlando at the Pro Browl.

“This is what it’s all about, this is what makes the Pro Bowl so great,” said Brees. “When you can do this with your family, but not only that, you’ll get to know guys like Greg Olsen and his family and get all of the kids together. These moments, these memories, these relationships are what last a lifetime.” 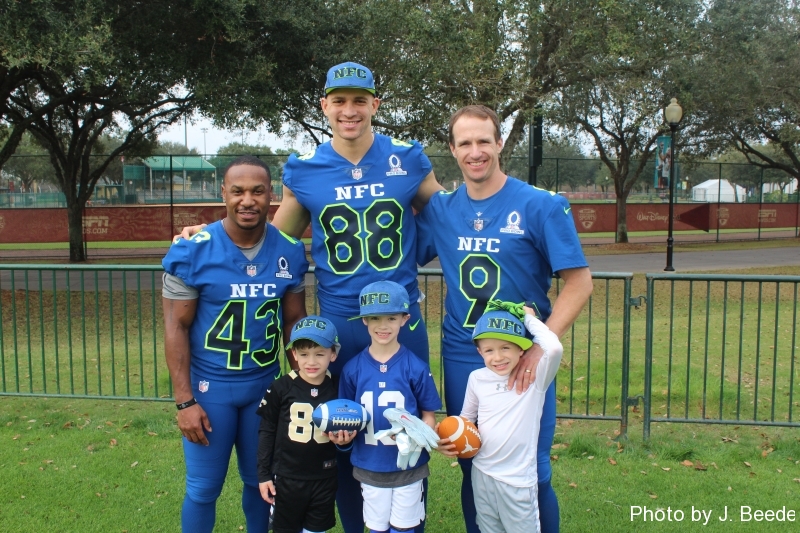 This entry was posted in Football, NFL Pro Bowl.
BeedeFoto.com