Keystock 2016: A Night To Remember

Huey who? I must admit up until last month I had little idea of who Huey Lewis was. But this past Saturday night, standing in the front row, I got to meet Huey Lewis, at least through a camera lens that is. Yes I, a high school senior, was given a once in a lifetime opportunity to take pictures of a band that was on Billboard’s top charts in the 1980s. As my dad informed me, I was a little like the kid from the 2000 hit movie, “Almost Famous”. Well not exactly, but yes, I was chosen to be one of few photographers to have backstage access to the 2016 Keystock concert featuring Howard Livingston and Huey Lewis and the News. It was a night like no other and something I will remember for the rest of my life. From start to finish, the concert was a whirlwind of high energy and great music.

Howard Livingston & Mile Marker 24 band reminded us once again that we’re fortunate to be “livin’ on Key West time”. During his performance, I was able to walk around backstage, taking plenty of pictures along the way. Performing in front of his devoted “Coconut Castaways”, Howard Livingston played some of his great hits, setting the tone for Keystock. After his performance, I was able to briefly meet up with Howard and take a “selfie”. 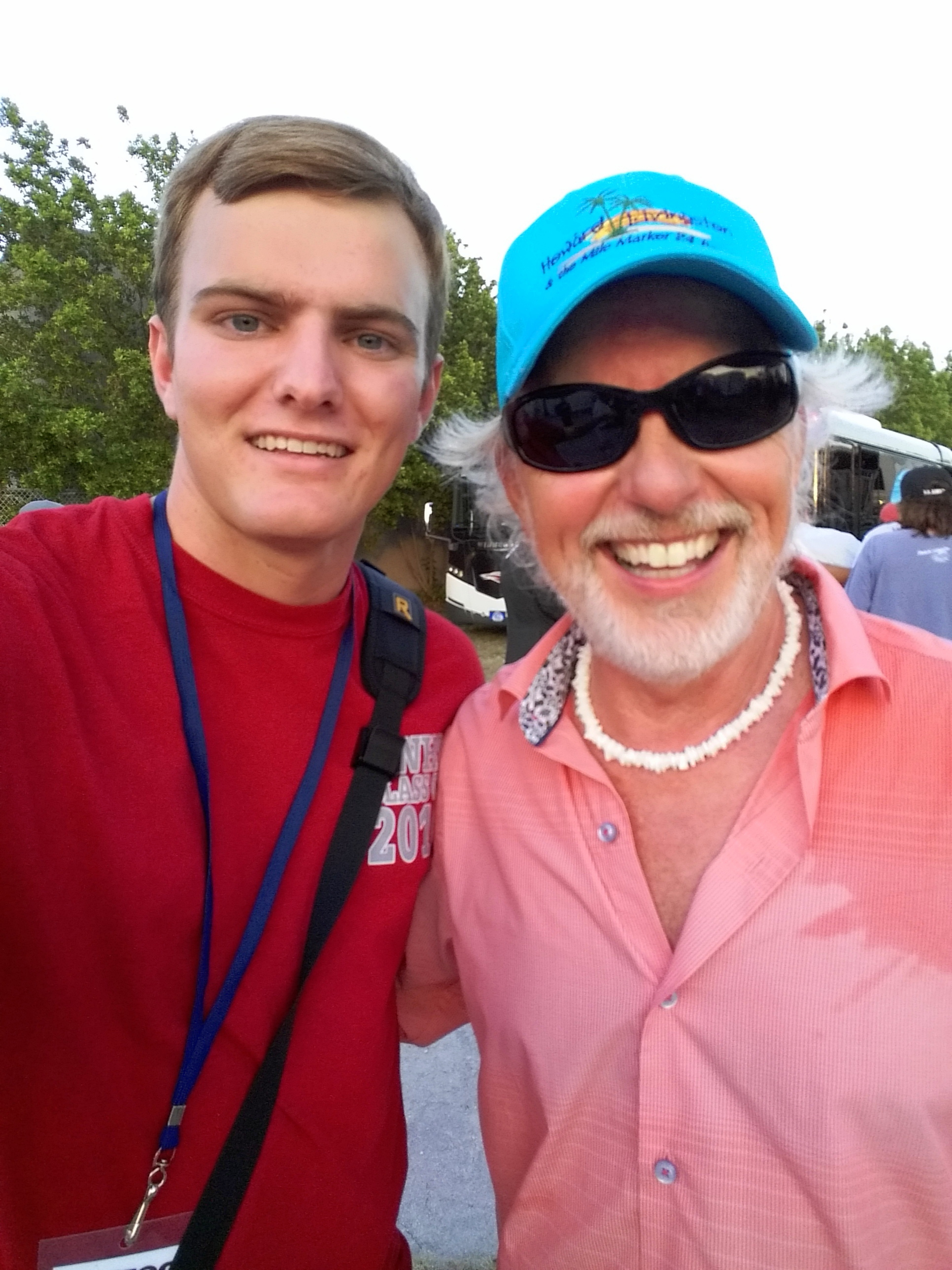 Once the Mile Marker 24 band completed their set, Robert Aubury sang the national anthem. Then came Huey Lewis and the News. Classics like “If This Is It”, “Power of Love”, and “Hip to be Square” brought the crowd to their feet and sent music lovers to their happy place. Animated and full of energy, the crowd cheered and sang along throughout the night as the classic rock and roll band performed. It was somewhat chaotic taking pictures with blasting music and over two thousand people cheering behind me, but I was able to capture some of the best moments of the night. While not permitted to get an interview with Huey Lewis, I feel very fortunate to have been given front row access.

I would like to thank the principal of Key West High School, Ms. Amber Bosco for selecting me to be one of few photographers, and the only one from the high school, to take photos at Keystock.

After being selected, I had the great pleasure of meeting and working with Danny Hughes, the owner of Two Friends Patio Restaurant. Mr. Hughes was one of the men who put Keystock together and was able to get Huey Lewis and News to Key West. Throughout the week leading up to the concert, Mr. Hughes and I reviewed the concert grounds and prepared for the main show. His wife, Maura Hughes and his family were great to talk with and made the whole event even more enjoyable. Along with Mr. Hughes and his wife, I would like to give a huge thanks to J.L. Jamison, Jimmy Buffett’s and Keystock’s Production Manager, who advised me along the way.

No matter who the performer is next year, Keystock is an event not to be missed.

This entry was posted in Key West HS Events.
BeedeFoto.com