Basketball: Key West jumps to 7th in the state 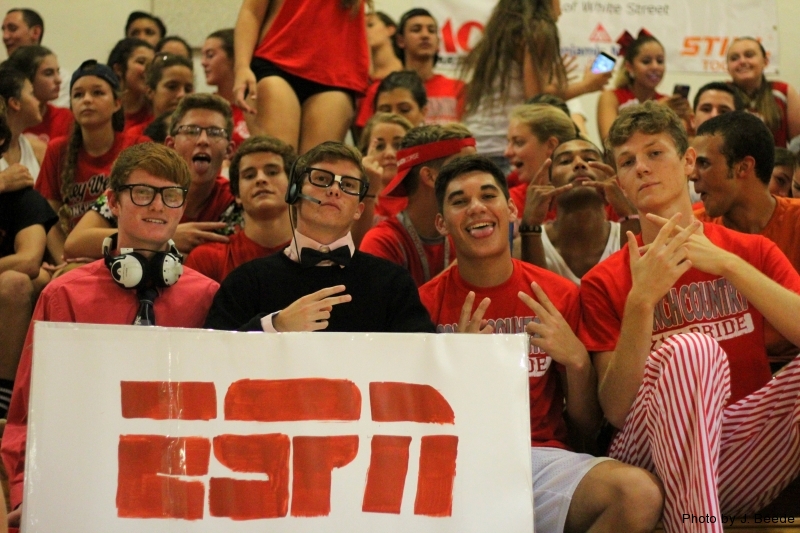 The Key West Conchs won their 5th straight game Wednesday night on Bill Butler Court by dominating Keys’ rival Marathon High School. The game, played with no air conditioning on in the gym, was controlled by Key West from the very start. Marathon’s only lead came in the very beginning when the Dolphins were up 2-1. After that, it was all Key West. The southernmost basketball team took back control of the Monroe County rivalry by sending Marathon home with a 73-41 loss.

Make sure to continue reading below the pictures!

“We didn’t play very well tonight. I thought we played pretty good defense in the second quarter, but they just kept hitting really deep threes and that’s hard to defend against. Our effort wasn’t as great as it had been in the past six or seven games,” said Marathon head coach Kevin Freeman.

The Conchs shot 42 percent overall and 27 percent alone from three point land on the night. Once Marathon took a 2-1 lead, Key West started scoring, going on a 12-2 run giving them a 9 point lead. After doubling up on defense, the Conchs took control on offense including a three pointer from senior JT Keane at the end of the first quarter. By the end of the first quarter, the score would be 24-8 Key West.

Despite being down 16, Freeman’s team would attempt to bounce back. With a pair of threes from Jordi Torna and another one from Richie Wells, Marathon would come within 9 points. However, the Conchs would lock down on defense and with four points from both freshman Lamont Woods and sophomore Eric Hall and another five from freshman Odelton Page, Key West had a 39-21 lead at the half.

“We got into some foul trouble early. One guy with two fouls, another with three fouls, two starters with three fouls in the first quarter. I had to do a better job of taking them out. That was on me,” said Freeman.

In the second half, Marathon was unable to keep up the Conch offense. Key West outscored the Dolphins 21-12 in the third quarter including six more points from Woods and another six from the bench. Eight different Conchs scored in the third quarter which led a 27 point lead heading into the fourth.

Key West head coach Eric Brown would let the bench get more playing time and the Conchs would roll onto to win 73-41 over Marathon. Junior Ziyah Jefferson would finish the night off with a team high 15 points and right behind him would be Lamont Woods with 14. A total of 10 different Conchs put points on the board for Key West.

“We just really came out to play tonight and we came out victorious. Right now, we are looking forward and prepping for Grandview Prep on Saturday,” said Brown.

The victory is Key West’s fifth straight after losing its first two games of the season. The Conchs (5-2) are currently ranked 7th in the FHSAA State Class 4A according to MaxPreps. Before the win, Key West was 14th.

As for playing with no air conditioning, it didn’t seem to have a negative effect on either team.

“Oh I loved it. It was just like old school. It was like the old gym, I love it. No players were complaining, we were fine. Our shots were just not falling. We had a lot of open shots, they just didn’t fall,” said Freeman.

“We practice like this. It wasn’t done on purpose like some may think, but when we come in here and practice, the AC is already off. So, we are used to it,” said Brown.

Up next for Key West is Grandview Prep this Saturday on the road. Over break, Key West hosts Whitman-Hanson Regional, a team coming all the way down from Whitman, Massachusetts. That game is at home on the 28th and Key West kicks off the New Year with two home games against District foes Pinecrest Prep on the 2nd and Ransom Everglades on the 5th.

Through seven games, Key West is averaging 66.7 points per game along with a 40 percent shooting average. The Conchs hope to continue the trend of high scoring as the season goes on, but for now they appreciate where they are according to Brown.

“So far, everything is going well for us. I’m grateful for it,” said Brown.