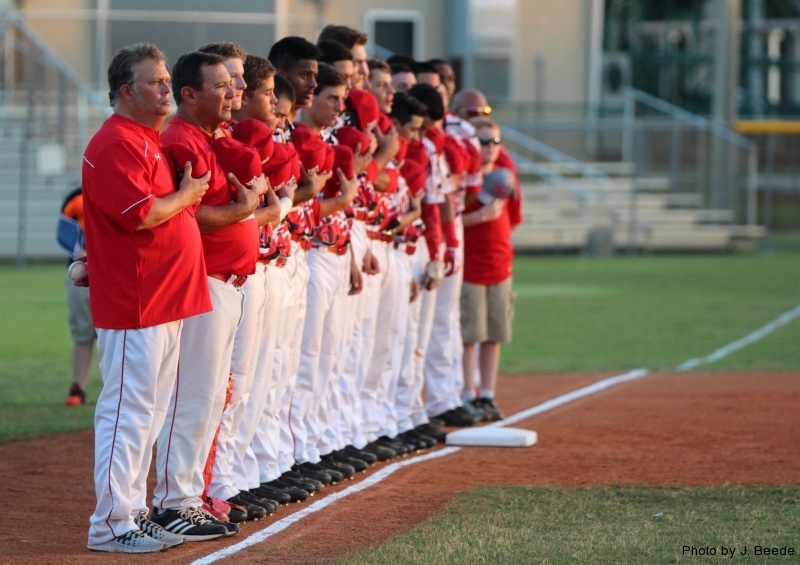 It was Military Night at Rex Weech Field as the Key West Conchs (14-6) battled the Southridge Spartans (10-9) in a Friday night rematch of a game from February 26th. In the first match up, the Spartans handed the Conchs their first loss of the season as Southridge escaped 6-5 at home. Honoring Military Night, the Conchs wore gray and red camouflage jerseys which said “America Strong” on the back and displayed why they are American strong on the field. Down five runs early, the young Key West squad came back and won 8-7 over Southridge. 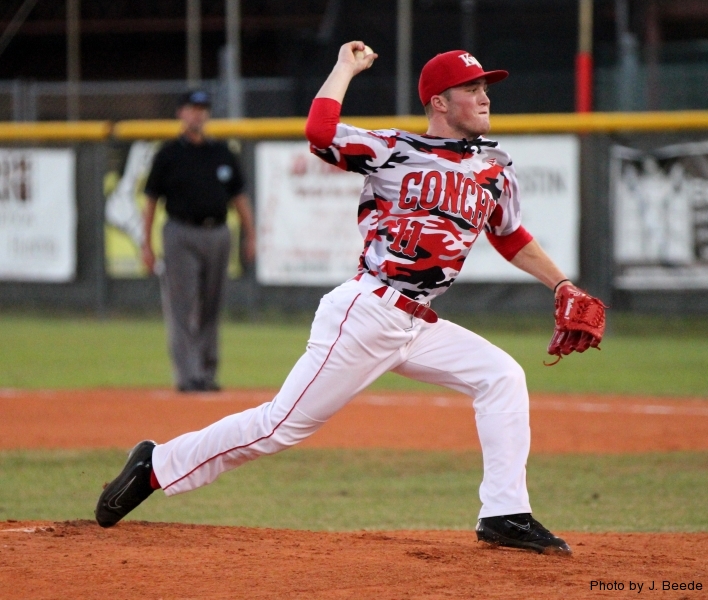 Hunter Mattheessen got the nod to start, but struggled only going 2 innings, giving up five hits and five runs. In the third inning Ty Hughes came in for relief and was able to keep the Conchs close with the Spartans. Key West found itself in a scoring position in the bottom of the third with Randy Garcia on third base and Antonio Knowles at the plate. Knowles reached first base and Patrick Spencer brought in Garcia on a sacrifice fly to center.  Christian Luna singled and Jason Garcia loaded the bags with Hunter Sellers at the plate. A walk by Sellers gave Key West a free run then Kyle Snow scored one more loading the bases again with an RBI single. Matthew Herrington flew out to right field but the ball had enough distance to bring in the fourth run of the inning for the Conchs. 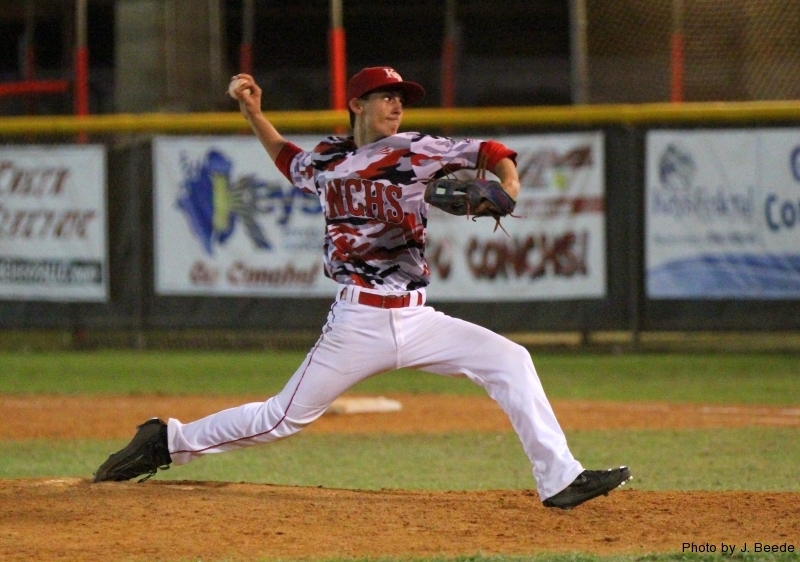 Heading to the fourth, the Spartans led 5-4 and extended their lead to three by the end of the inning. Two straight walks by Hughes and then an RBI double, Southridge led 7-4. The night ended for Hughes on the mound and out came Andrew Karch. A ground ball was sent to Sellers who turned the double play catching the runner at third out and sending the ball over to first for the second out. Karch struck out the final batter keeping Key West within three runs.

In the bottom of the fifth, Sellers slid into third base for a booming triple. The senior scored off of a sacrifice ground out from Kyle Snow and Key West was trailing by two runs. Southridge wouldn’t let up though as the Spartans loaded the bases in the top of sixth after the third batter was hit by pitch. The Spartans left the bases loaded and the Conchs went to work in the bottom of the sixth down by two.

Key West had runners on first and third as Patrick Spencer laid out a great bunt bringing in one run. Antonio Knowles was caught at third base for the first out, but Damon Taylor was on second. Christian Luna stepped up the plate and fired one to center field for a bases clearing triple tying the game at seven apiece. As the momentum shifted in the ball park in favor of Key West, the Spartans intentionally walked Sellers and then walked Kyle Snow which loaded the bases. With the bases loaded, Herrington singled to right field giving the Conchs a one run lead over the Spartans. 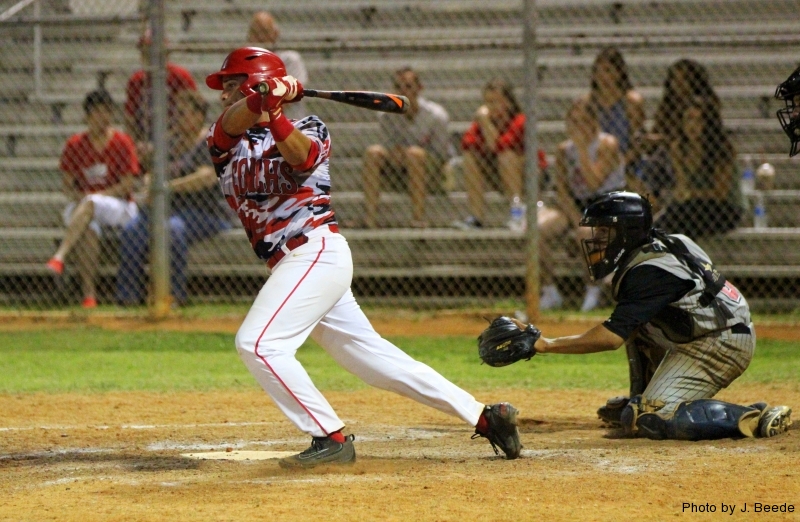 Trailing by one run in the bottom of the 7th, Southridge had one final chance to score or walk off. The Conch closer, Kyle Snow, was sent to the mound and walked the first batter he faced. The very next batter flew out to center and Snow was two outs away from earning the save. Battling a full count, Snow struck out the batter for the second out and ended the game with back-to-back strikeouts giving Key West its third straight win, 8-7 over the Spartans.

The two teams play each other again Saturday night at the Rex before Key West travels up north for a critical District 5A-16 game against the Gulliver Prep Raiders. Before the Conchs take on the Raiders on Monday, Key West faces Southridge tonight at 7:30.