Among the many NFL stars in Orlando for Pro Bowl week, one Seattle Seahawk is happy to be back in central Florida.

“It felt good, Earl Thomas came out and invited me to come and enjoy the experience, come watch some practices and stuff and this is the type of stuff you want to be around,” said rookie Shaquill Griffin on being at the Pro Bowl practices, “You want to surround yourself with positive people and some of the greats and kind of see the things they go through and see the things they’re experiencing. You know, I’m here definitely for support, I’m proud of everyone who made it and it motivates me to make more of myself.” 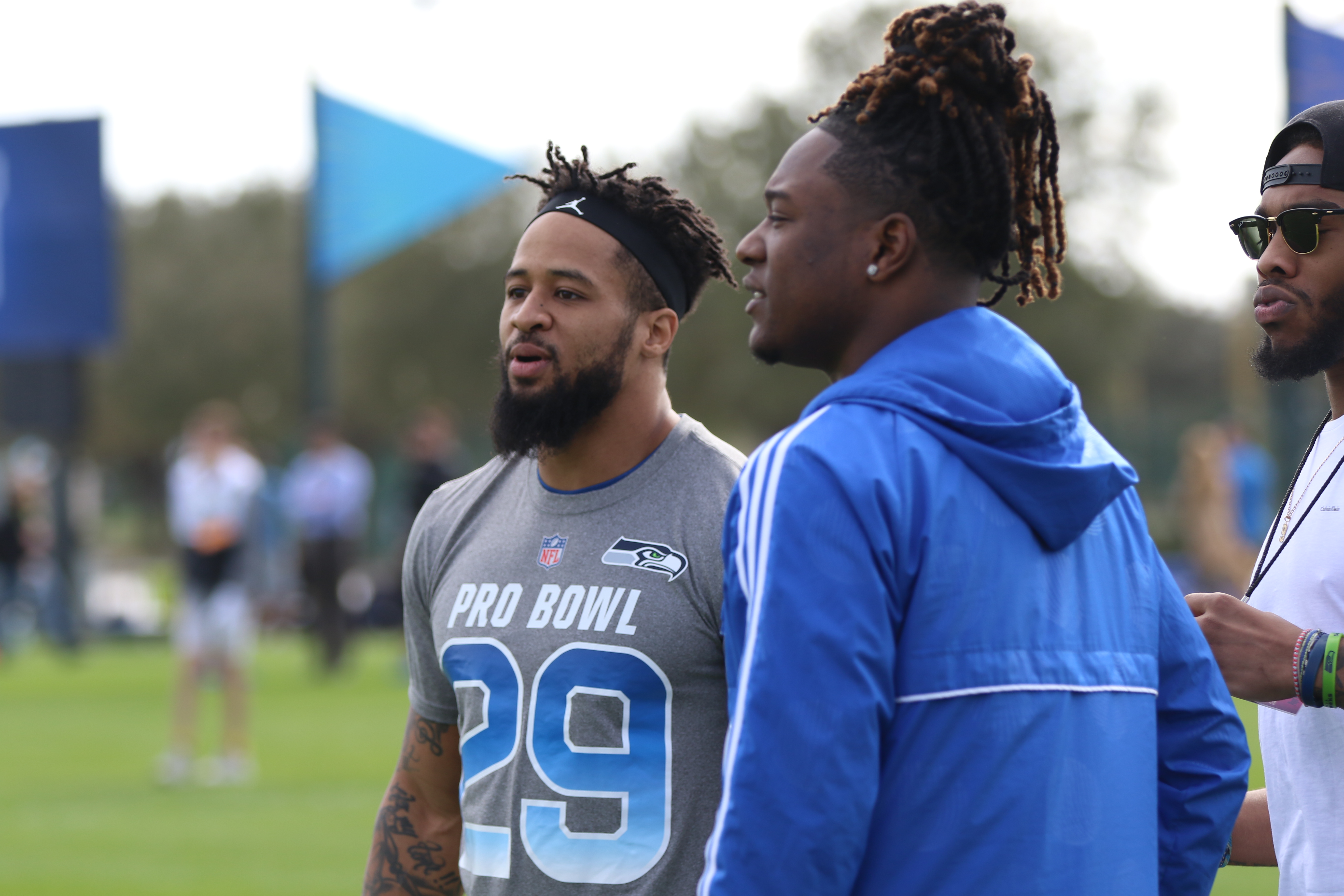 The rookie cornerback (pictured above with Seahawks safety Earl Thomas) led all Seahawks corners in passing snaps, played and started 11 games in his first NFL season. Although having to play more than Pete Carroll and the team anticipated at the beginning of the season, Griffin stepped up to the plate and proved he was capable by only allowing a 47 percent completion rate when he was the nearest defender.

“The year, you know, it started off kind of bumpy but I got a chance to learn from some of the greats. It was a great opportunity to play with Richard Sherman, Kam Chancellor, Bobby Wagner, Earl Thomas and this whole great defense and get a chance to learn so much this whole year. I enjoyed every bit of it,” said Griffin.

“The biggest thing was to kind of stay poised in different situations. You know, you’re going to be put in situations you don’t want to be in but you gotta understand to continue to compete and fight through them. That’s one of the main things they continued to push and teach me and that’s something I learned this year.”

Meanwhile, his twin brother, Shaquem Griffin is currently working towards getting drafted to play in the NFL.

“He inspires me just to understand to never let someone tell him there’s something he can’t do,” Shaquill said of his brother who’s currently in Mobile, Alabama for the Senior Bowl, “You know, he continues to prove people wrong and he’s doing it his whole life and he still continues to do it at the Senior Bowl right now. I’m so proud of him, I feel like any team that decides to pick him up, that takes a chance with him, they’re going to have something great, something special and something to look forward to in the future, the next great NFL player.”

The UCF alum said he feels “proud” of the Knights football program and their undefeated season but jokingly mentioned that he’s “jealous” of the team.

And as for UCF’s bold national championship claims? Shaquill agrees with it. This past week in Alabama, Shaquem told reporters that he will call UCF national “over and over again”.

“That’s definitely my mindset. You know, I’m alumni there and I’m going to be screaming national champs until I die so I’ll be saying it with him (Shaquem),” said Griffin.

This entry was posted in Uncategorized.
BeedeFoto.com