A Second Chance: McSpadden returns from injury for UCF

Missing an entire season due to injury is never easy for anyone. For UCF guard Chance McSpadden, it was a unique learning experience.

“As far as sitting out, watching the team, I really got the chance to see the coaching style coach [Johnny] Dawkins wants to play,” said McSpadden on what he learned from sitting out last season. “He’s a defensive-minded coach, he really instills ‘team’ within us, the chemistry has been great.”

The Winter Haven alum tore his ACL in July of 2016 and sat on the bench the entire 2016-17 season. Meanwhile, the Knights enjoyed their most successful season in program history, finishing 24-12 and earning a berth to the NIT Final Four in New York City.

This season, McSpadden is healthy again and says that he’s stronger than he was before the knee injury. 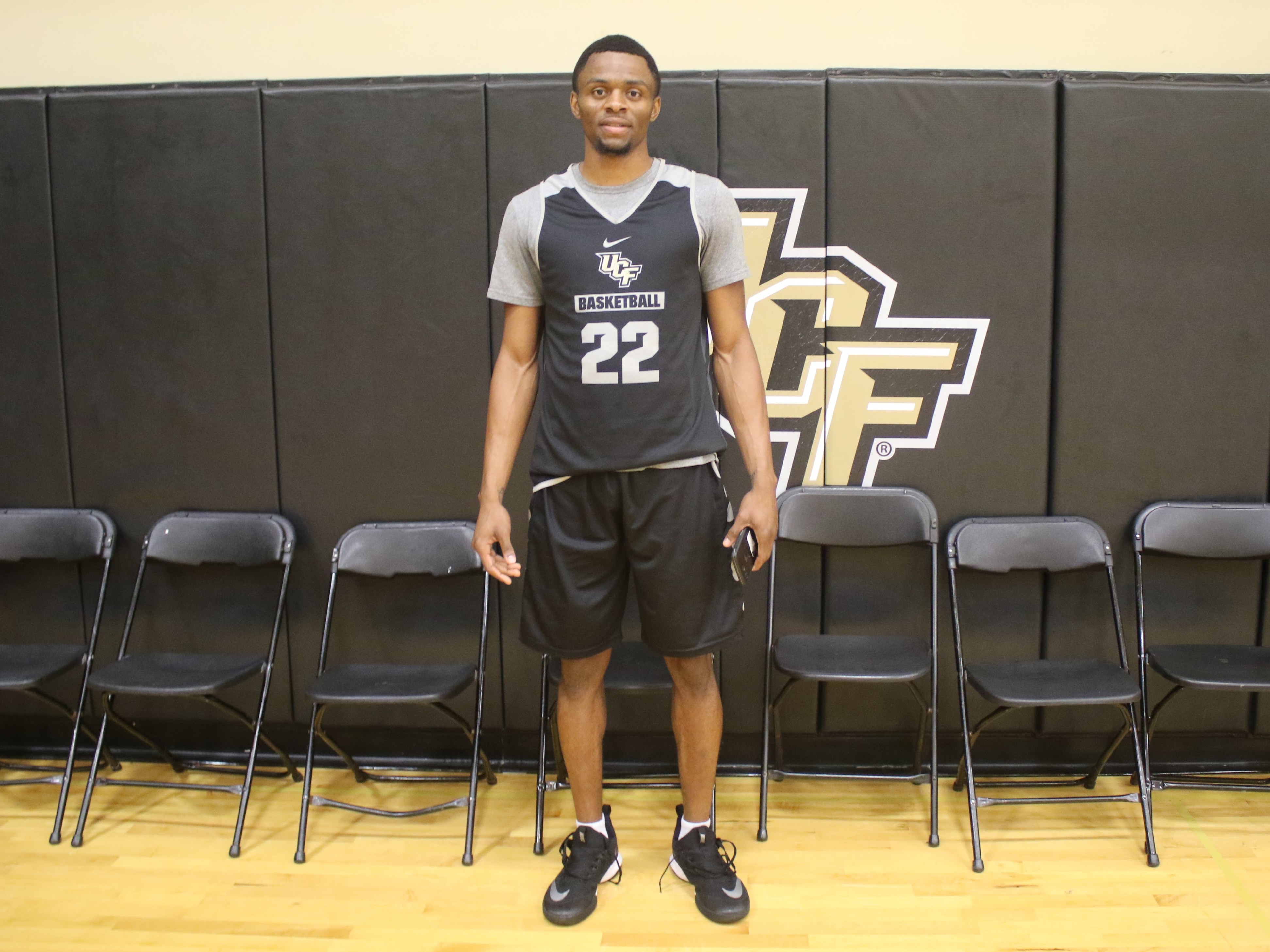 Redshirt sophomore guard is ready to contribute to the Knights in 2017-2018. Photo by Jason Beede

“First of all, it was a long process,” said McSpadden. “Rehabilitating, getting my knee back together, I’ve come back stronger than I was before I got hurt. So it’s a blessing to be back from that,”

As a freshman, McSpadden played in all 30 games scoring in double figures seven times under then-coach Donnie Jones. Now entering his redshirt sophomore season, he’s hungry to get back on the court.

“Sitting out and practicing this year has been a great experience for me and I’m just ready to get back on the court,” said McSpadden.

Last season, the Knights biggest problem was their lack of depth. Due to injuries like McSpadden’s and NCAA transfer rules, UCF was only able to play seven guys on scholarship. At times, it became a chess match dealing with managing minutes and personal fouls for Dawkins.

This season, the Knights will have a deep bench and plenty of players to rotate in and out of the game. According to McSpadden, the newcomers will help the Knights improve from their 24-win season a year ago.

The Knights coach himself is all too familiar with knee injuries. While playing for the Philadelphia 76ers, Dawkins tore a ligament in his right knee while attempting a layup just four games into the 1990-1991 NBA season.

“He had the same injury when he played so had a lot of insight on that,” said McSpadden on what Dawkins taught him about the injury. “Me having him as a mentor on and off the court has been great.”

“Not only on the court but off the court he’s had the most impact on me by keeping me mentally right with having the injury,” he added.

Now that McSpadden is back on the basketball court, he too is hungry to win. UCF was voted to finish 3rd in the American Athletic Conference in the Conference Preseason Poll.

UCF hosts Mercer Friday, November 10th to start off the regular season as McSpadden looks towards returning to the Knights and make an impact on the court.

“We’ve all bought into coach Dawkins’ system and the way he wants to play. The chemistry has been great so I think we play well together.”